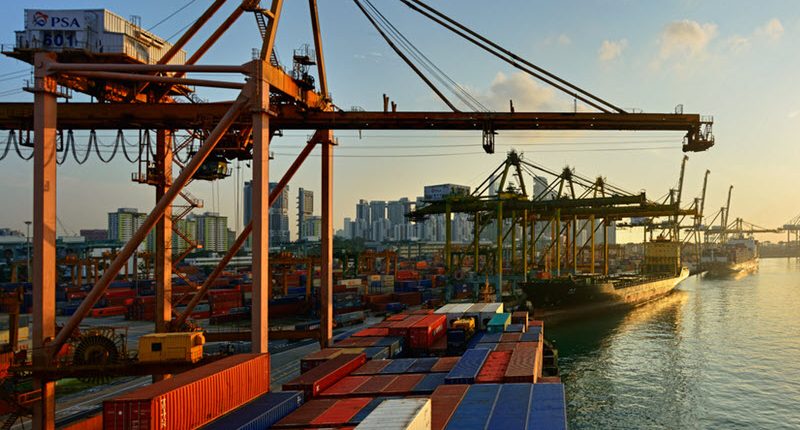 The Covid-19 crisis and the US-China trade conflict present an opportunity for Asean to emerge as a growing market of end demand and a resilient base of production, Senior Minister Tharman Shanmugaratnam said yesterday.

“Fundamentally, we have now the opportunity of building a more resilient and more integrated Asian supply chain, in other words, an Asian production region, as well as Asian markets that are open to the world,” he said at the Standard Chartered Asean Business Forum, held virtually.

The region can “become an example of how through openness, integration, and risk management of supply chains, we can really have a win-win, first for those of us within Asia, within Asean, and also for the rest of the world”, he noted.

Mr Tharman said trade tensions have been rising for some time and will outlast the coronavirus pandemic and the administration of President Donald Trump.

US-China relations have deteriorated rapidly across a broad range of issues, with both sides shutting down consulates, and engaging in diplomatic tussles over Hong Kong and Taiwan.

The United States is also pushing for a ban on Chinese tech firms including ByteDance, the owner of TikTok.

The clash between the world’s two largest economies has sparked global fears of a new Cold War that might drag trade and the global economy deeper into recession.

“The trends leading to a worsening of US-China relationship predates the current administration and will very likely or almost certainly post-date the current administration. Fundamental reasons are domestic, but domestic divides express themselves politically very often in terms of hostility towards others in the rest of the world. China is, of course, a convenient foe,” Mr Tharman said.

He added that the prospect of an early resolution of current tensions is not very high.

“Both the US and China will have to make adjustments and will have to do so in ways that are not just about bilateral give and take but about strengthening the multilateral system because it is in their own interest. And the rest of us really hope that that will happen.”

He added that even before the trade war, many Chinese companies were diversifying out of China because of higher cost.

The Chinese economy is moving higher in the value chain, which gives rise to the need for labour-intensive production to relocate to more locations outside China, Mr Tharman said.

“This is a real opportunity for us in South-east Asia and the rest of Asia.”

He said Asean is both a growing source of demand in its own right – an increasingly important market of more than 600 million people – and also an increasingly competitive production location.

“Asean is very well fitted out to complement China as we both evolve in our economic development,” he said.

Many observers have highlighted the likelihood of global supply chains in many sectors becoming shorter and less just in time, leading to a more fragmented global trade system with a greater range of suppliers for similar products and the relocation of some production closer to home.

Moody’s Investors Service, in a report on Monday, said the pandemic and US-China trade war will accelerate activities being moved to Asean, alongside China’s climb up the value-added chain.

There will be an exodus of foreign companies from the Chinese market even as companies step up efforts to mitigate risks, the report noted.