Can blockchain technology help to smooth out supply chains across the globe? 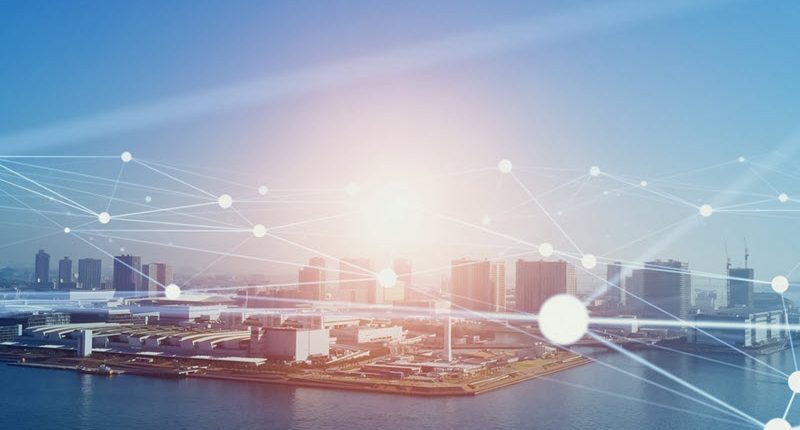 From finance to art, blockchain enthusiasts have long claimed the technology can transform a range of industries. But, now, lawyer Martyn Huckerby believes the technology could help solve the global supply chain crisis.

Huckerby is head of competition law at Tiang & Partners, a Hong Kong-based law firm. And, recently, he led a team of lawyers as they helped establish the Global Shipping Business Network (GSBN), which was launched last year with the aim of increasing digitisation in the global logistics industry.

“There are a lot of challenges in the [shipping and logistics industries] at the moment,” he says. “The founding members [of GSBN] have seen an opportunity.

“It is the kind of thing most lawyers would like to have the chance to work on. And it is something that will hopefully help the world,” he adds.

The global supply chain certainly needs assistance. From the outbreak of Covid-19 to the war in Ukraine and China’s recent lockdowns, a string of extraordinary events has upended the system that ensures the smooth movement of goods across the world.

GSBN’s aim is to use blockchain to build a repository of digital data on global trade flows that will help “streamline operations across the entire supply chain”.

To try to achieve this ambition, Huckerby and his team had to tackle a number of legal and regulatory obstacles, not least because some of the founding members are Chinese state-owned companies.

“The supply chain is a very fragmented market with participants who largely rely on paper,” explains Bertrand Chen, chief executive of GSBN. He believes digitising logistics will speed up trade. “The biggest issue is: how do we share the data?”

Blockchain — a technology typically associated with cryptocurrencies — is a catch-all term for a type of encrypted digital ledger used for recording transactions.

GSBN, whose membership comprises eight shipping and port oper­ators across the world, hopes to use it as the backbone for a secure database that various businesses can contribute to, and draw insights from.

From supermarkets across the world struggling to fill shelves to carmakers waiting for parts, fractures have emerged quickly in the network of manufacturers, shippers and financial institutions that work together to deliver goods. By helping these businesses to work col­laboratively, GSBN believes that its technology may “simplify global trade for all”.

However, the prospect of some of the world’s largest shipping and port groups pulling together to share proprietary data was always likely to raise questions about the project’s compliance with competition laws.

In the context of the political environment, we had to tread very carefully

Convincing US regulators to get on board has been a particular challenge, given nervousness among officials in the country about the integration of Chinese technology into international infrastructure. GSBN, based in Hong Kong, counts Chinese state companies Cosco Shipping and Shanghai International Port Group among the alliance, for instance.

“In the context of the political environment, we had to tread very carefully,” Huckerby says. But he notes that GSBN received the go-ahead in July 2020 from the US’s Federal Maritime Commission, which regulates international ocean transportation.

Addressing regulators’ concerns was made more complicated by the Covid pandemic. Because GSBN is international in scope, Tiang & Partners had to ensure the project was compliant with a range of national antitrust laws — and, in one case, that meant testimonies being given to Chilean authorities via video chat.

The use of a technology so closely associated with crypto was also likely to make regulators wary. “Because GSBN is based on blockchain technology, we are dealing with issues the competition regulators have not seen before,” says Huckerby.

To Chen, though, the technology is key to the project’s success. “Blockchain is actually the most inefficient way to store data — we don’t want to do it if it’s not essential,” he says. But the encryption technology ensures that GSBN management cannot read the data and that authorised users will “only see the data they are supposed to see”, he explains.

In July 2021, GSBN announced it had launched a service called Cargo Release in China. It said that, by eliminating the need for the exchange of paper documents, the time taken to process forms to release cargo in Shanghai has been cut from two to three days to less than three hours. The service has since been rolled out across south-east Asia and in Rotterdam, the EU’s biggest port.

More recently, GSBN has announced the launch of a finance advisory group with Singapore’s DBS, HSBC bank, and Bank of China, to consider how banks can use its data for risk assessment when providing financing to the shipping sector.

GSBN’s products are still in the early stages, but both Huckerby and Chen argue that blockchain has a long-term role to play in global supply chains. With other blockchain projects for the shipping industry in the works, however, there is no guarantee that GSBN’s project will emerge as the blockchain tool of choice.

“It does not have to be us, we are not that arrogant,” says Chen. But, he adds: “We believe that long term, the industry has to adopt some form of technology. Blockchain has to stay in the industry”.